The second tube will be completely new, and the existing small safety tube will remain as it is.

To build the second road tube another tunnel tube should be bored parallel to the others for a few kilometres on each side, so near the portals there will actually be 4 parallel tubes, or 5 if you count the rail tunnel not far away, and even 6 in Göschenen as there is a short second rail tunnel which was built to ease train manoeuvres in the cramped station.

The spoil material will be used to build a tunnel in Airolo by covering the motorway. The junction there will also be rebuilt.
für Güter die Bahn
pour vos marchandises le rail
chi dice merci dice ferrovia
Omhoog

Thank you very much for the clarifications!

If the safety tunnel will be kept in use for emergency purposes, how would one be able to exit it if it's not connected to the outside? By entering one of the (closed) road tubes using one of the other emergency doors? Or will there be walkways leading out?

Can we expect that, after the current tunnel is renovated, both tubes will be used? Even in a 2x1 configuration maintaining the current capacity, this would be a great improvement for safety and traffic flow. There have been talks about this, but how concrete are these plans? Would it require extra procedures and even decision-makers, or is this intentions secured and possible under current laws?
Omhoog

In case of a serious accident the other traffic tube would be closed, and used by rescue vehicles (including buses to bring out people, if necessary). The central tube could be used as a waiting area. However, the main reason why it will not be enlarged is not because it is needed for safety (even if this is a welcome side effect), but because if it was enlarged during construction the existing tube would remain without a free safety tube, because this tube is now full of cables of every sort (this mean that to enlarge this safety tube all cables would have to be removed and placed somewhere in the traffic tube, which would be difficult to do), and because a new tunnel can be easily bored with a TBM.

The fouth tube would be used to ease construction of the second traffic tube in a couple of difficult rock zone. In the Gotthard base tunnel something similar has been done: a side tunnel has been built from the outside near Faido and this was used do bore the main tubes. In a second time the main TBMs from the south arrived in this already bored section, they were stopped for maintenance, traveresd the alredy built section of main tubes and started again on the other side of this section built from the Faido access tunnel.

The second tune will technically be built with two road lanes each ~3.75 m wide, but without shoulder. One of the lanes will be kept closed and used as an emergency lane, or as a traffic lane but only when the other tube is closed for maintenance. By law there cannot be more than two lanes in operation in the tunnel, because in 1994 it was voted that road capacity through the Alps cannot be increased (by heart the law says that capacity cannot be increased along definted sections of A2, A9, A13, A21, maybe later I will search for the exact law).

So the plan is to have a single lane tube in each direction, so two lanes in total, like today. However, these two lanes being now in the same tunnel, they are artificially limited to 1.000 cars per our each (1 truck = 3 cars). I don't know if it will be possible to increase this limit to say 1.500 or 1.800 cars per hour per lane, if the lanes are in different tunnels, with the existing law. Surely, the law forbids to open two lanes per direction (in any case, if this was done, in the tunnel there would not be a shoulder anymore - as I said, the tubes are not wide enough for two lanes+shoulder each).
für Güter die Bahn
pour vos marchandises le rail
chi dice merci dice ferrovia
Omhoog 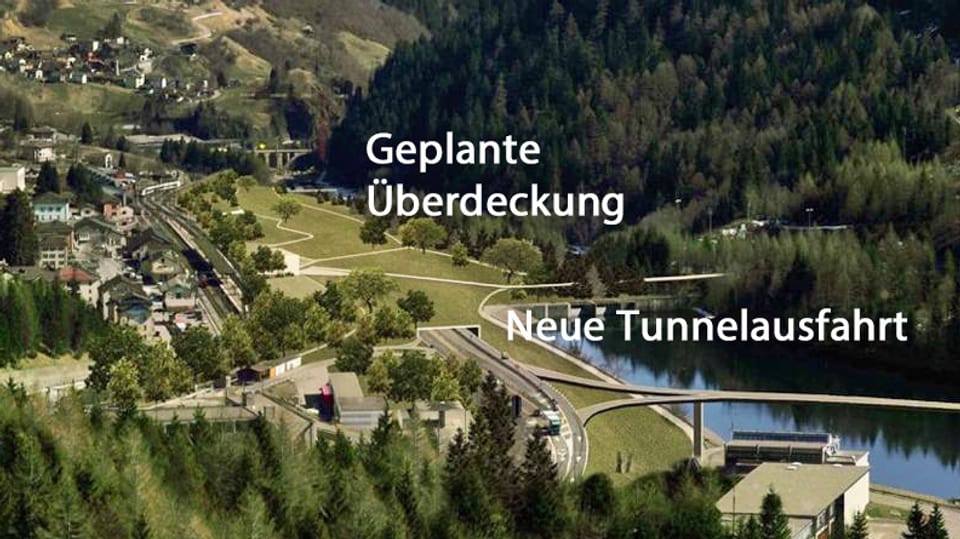 As GuteFahrt said, the covered section in Airolo will be a separate tunnel, as USTRA prefers to avoid underground junctions if possible and considers the existing portals to be enough interesting (for their architechture) to be kept as they are. The new Airolo junction will be worse than the existing one for traffic, and likely full of useless roundabouts (Bellinzona south junction is also being rebuilt with roundabouts even if the existing traffic light junctions are perfectly fine).

There is also the project to build covered sections between Lugano and Rivera further south (4 tunnels between 300 and 800 metres each). This to use the space above A2 but also to store waste from the building sector (like from demolished buildings and from future tunnels to be built in Ticino).
für Güter die Bahn
pour vos marchandises le rail
chi dice merci dice ferrovia
Omhoog

Coccodrillo schreef: ↑
do 02 jan 2020, 10:58
As GuteFahrt said, the covered section in Airolo will be a separate tunnel, as USTRA prefers to avoid underground junctions if possible and considers the existing portals to be enough interesting (for their architechture) to be kept as they are.

It is a design by the Ticinese architect Rino Tami. He designed quite a lot of buildings, most of them in Ticino, and he is seen as a pioneer of modern Ticinese architecture. Between 1960 and 1983, he was the architectural consultant for the building of national roads in Ticino. Besides the southern portal of the Gotthard tunnel, he also desgined the portals of the San Salvatore tunnel, at the A2 near Melide.
Omhoog 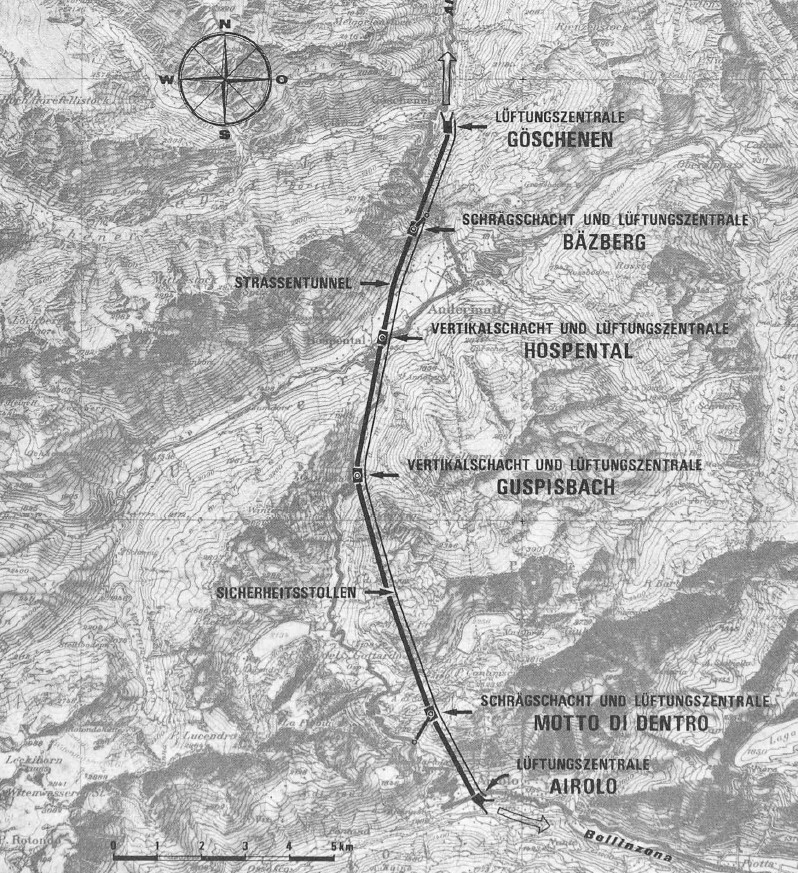 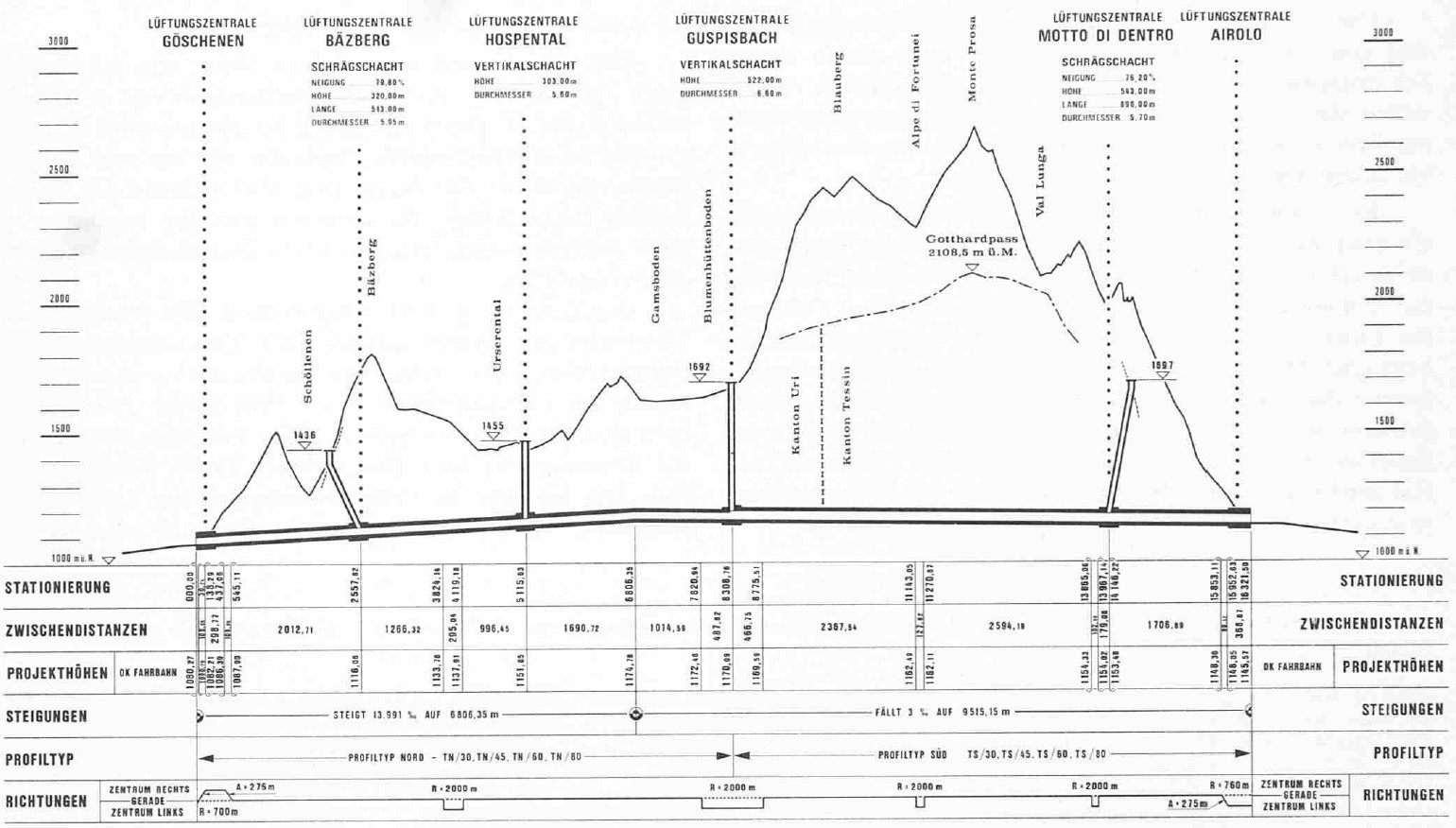 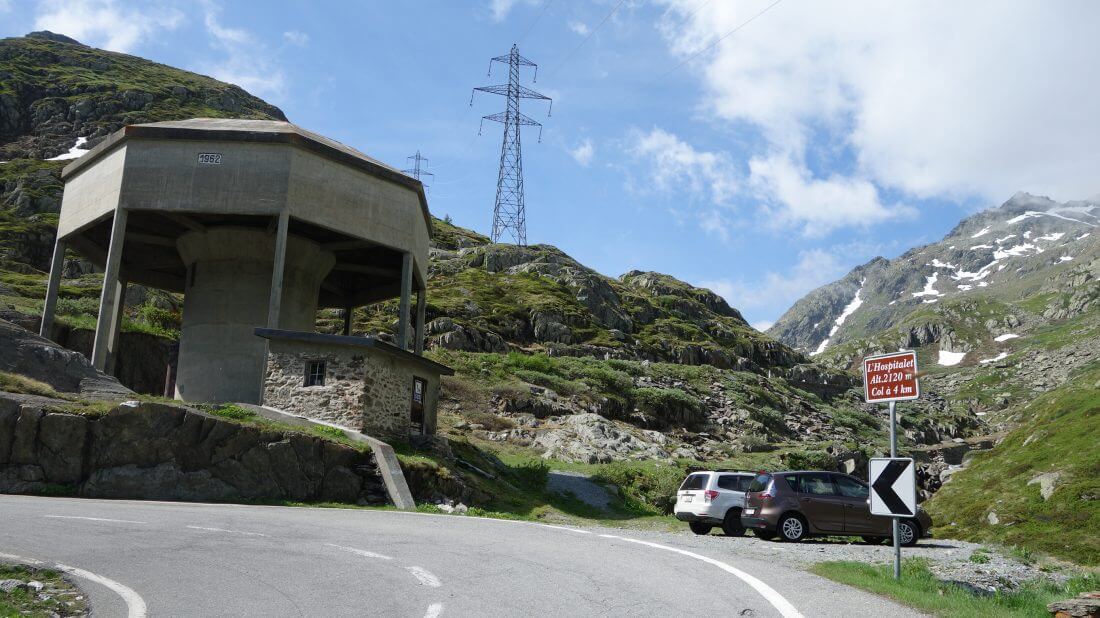 The top of the shafts are likely these (they certainly are for the southernmost two, almost certainly for the other two): https://map.geo.admin.ch/?lang=it&topic ... .59&zoom=5