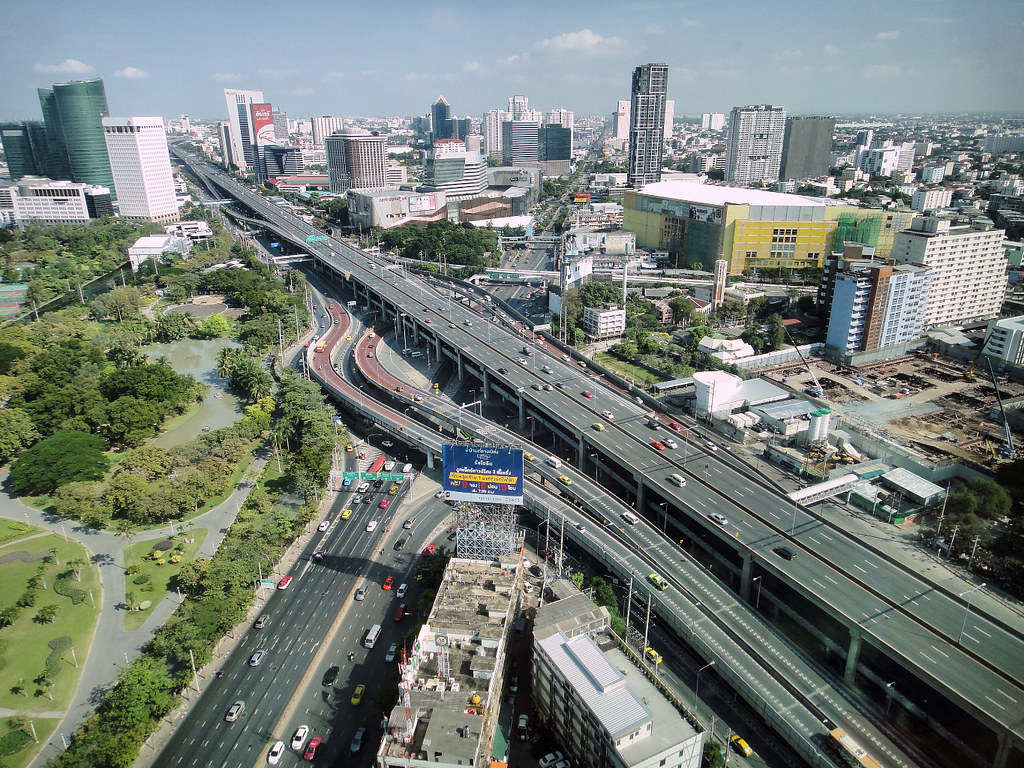 Intersection of Phahonyothin Road and Vibhavadi Rangsit road - Bangkok by Asiacamera, on Flickr

The way men live is so far removed from the way they ought to live, that anyone who abandons what is for what should be pursues his downfall rather than his preservation (Macchiavelli)
Omhoog The light on the road at night and the city in Bangkok, Thailand.Road roundabout with car lots in Bangkok,Thailand.The road in Thailand. by Chantip Ditcharoen, on Flickr
European Roads (Youtube) • European Roads (Flickr) • Wegenwiki • travel mapping
Omhoog

There is a ritual that is now very familiar to Thais, before the two big holiday seasons of the year, in late December for the new year, and in April for the Songkran Festival. The government will set a target for reducing fatalities on Thailand's notoriously dangerous roads, exhorting Thais not to speed, or drink and drive. Sometimes good citizens will run publicity stunts, like the coffin-maker, who last year invited journalists to film the huge stockpile his workers were building up for the holiday season.

And every year these efforts fail. Jam at Nonthaburi intersection- Bangkok0DJI_0283 by Pradeep Raja, on Flickr 
CNN (4-1-19) schreef:Efforts to crack down on the causes of those crashes -- drunk driving, corrupt cops and general weak enforcement of traffic laws -- have so far proved ineffective. Between December 27 and January 2, a total of 463 people died in 3,791 traffic accidents, pretty much on par with last year's 423 deaths, according to the country's Department of Disaster Prevention and Mitigation.


The World Health Organization estimated 22,941 people die each year in traffic-related incidents in Thailand, making its roads the deadliest in Southeast Asia. That's an average of 62 deaths every day, according to the WHO's 2018 report on global road safety -- just slightly fewer than the average deaths over the New Year period of 66 per day.


The vast majority of those deaths -- 73% -- are riders of motorcycles, which have exploded in numbers over the past few decades to become the most popular form of transport for most households in the country.


In recent years the number of police traffic stops around the provincial capital of the same name has increased and there are more signs ordering motorcyclists to wear helmets. But in many areas of the city it seems the traffic stops are more about making money than road safety. It is common to see drivers in Chiang Mai being stopped by police for failing to produce a driving license or wear a helmet, only to jump back on their bikes and drive away once they've paid a "fine".


Nationwide, just over half of motorcycle drivers wear a helmet and a mere 20% of pillion passengers, and only 58% of car drivers wear seatbelts, according to the WHO report.


"We need to change the DNA (of the country) and our instinct to follow the laws," Nikorn said. "Education on law enforcement is the key. We have so many laws and I think they are good and more than enough. But it is all about enforcement." Thailand is making some progress. The number of road deaths has decreased from 36.2 per 100,000 people in 2015 to 32.7 out of every 100,000 in the WHO's latest report. 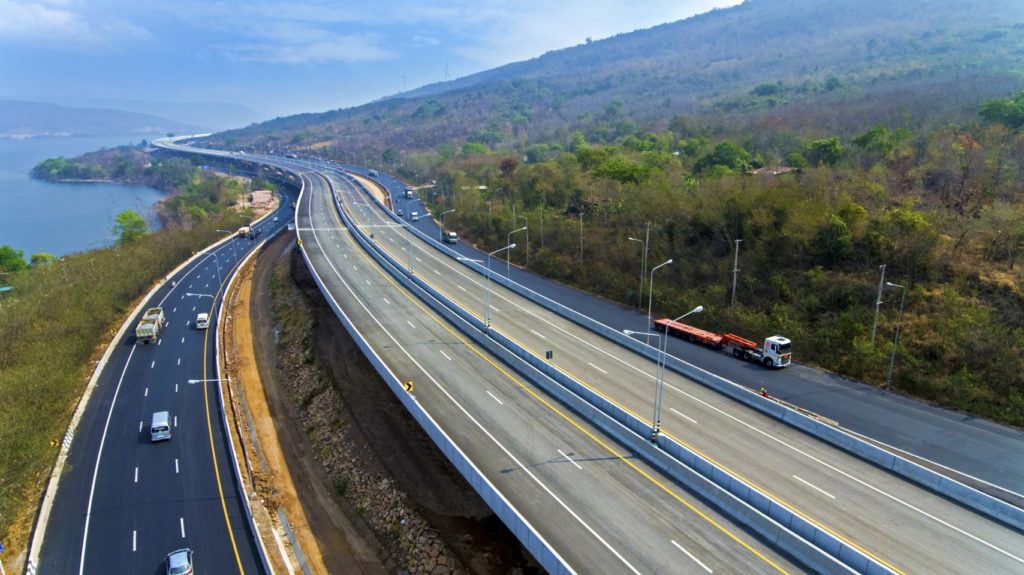 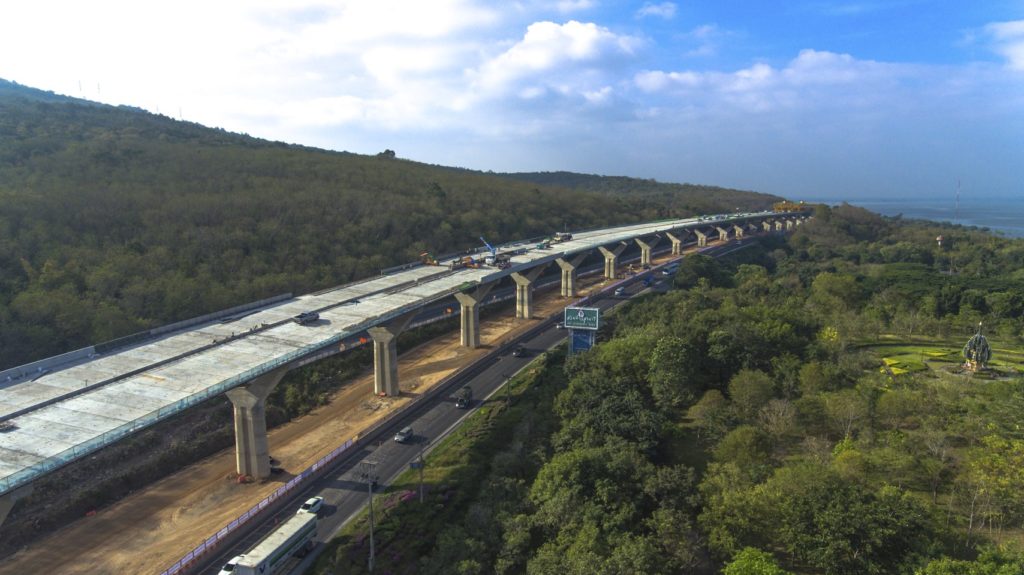 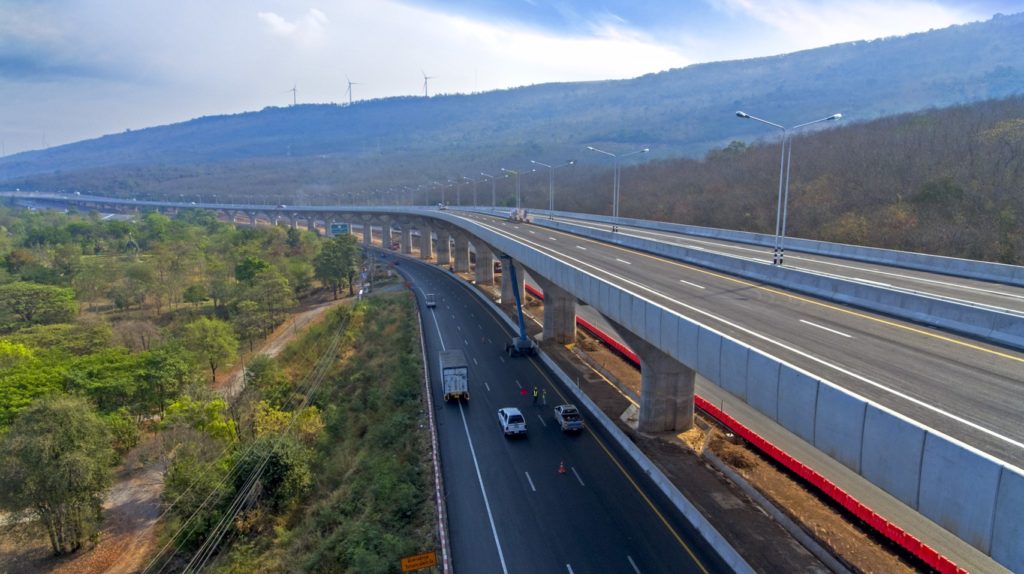 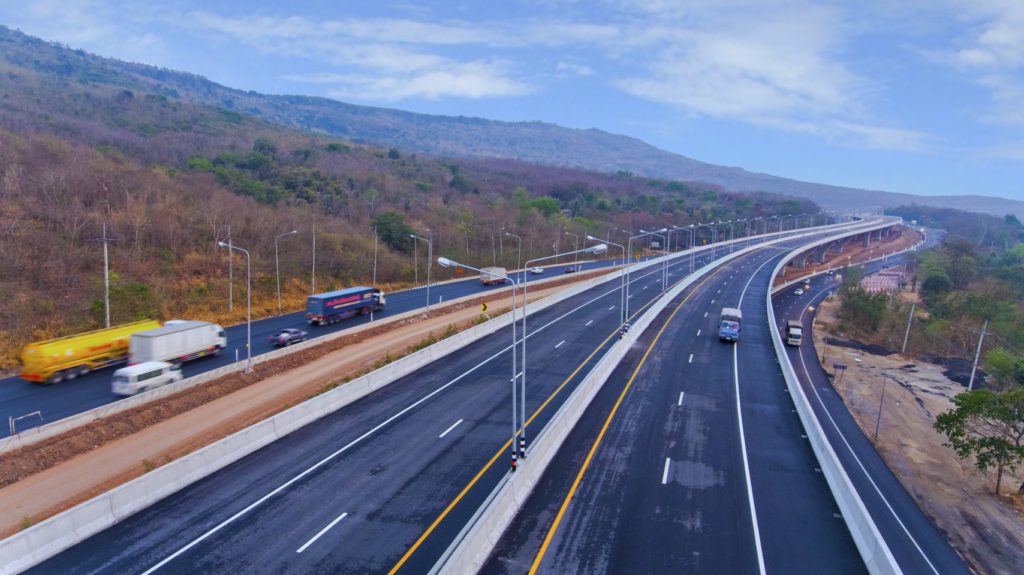 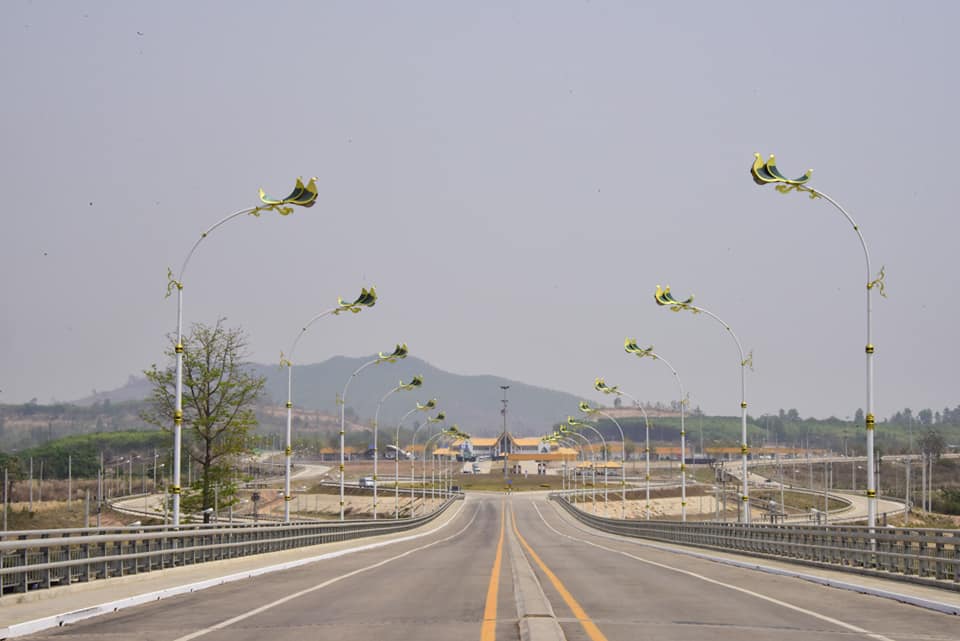 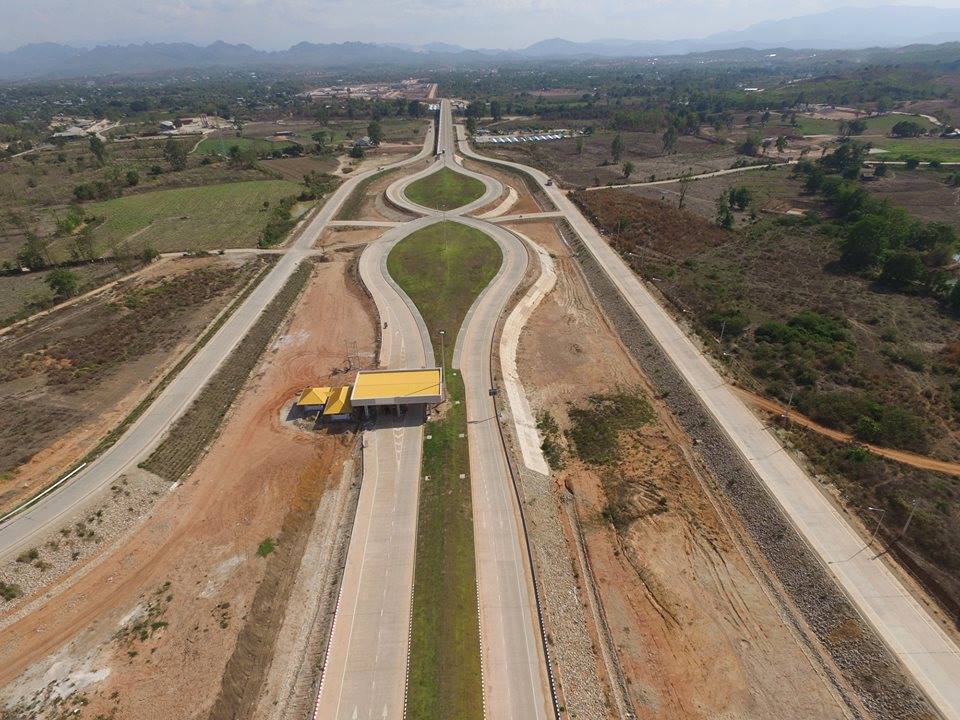 I believe there are "convoys" you can join.

but as you noted freedom of movement is a long way off in ASEAN and although in theory we should be allowed into Cambodia, Burma, and Vietnam, these countries still put up obstacles despite the declared intention.

In fact, Thailand took a step back by restricting ALL foreign vehicles because of a perceived problem with China. The logical solution should have been a reciprocal arrangement with China that allowed Thai vehicles to enter there too.

it seems that Thailand authorities are blind to the benefits to trade and tourism freer access would bring.

First of all, trade is not hindered by preventing foreign cars from entering - unless you are referring to smugglers. Most overland trade is naturally done by trucks, which continue to cross Thailand's borders in large numbers daily, though Thai trucks dominate (fewer foreign trucks enter Thailand than those heading in the other direction).

There were too many Chinese vehicles coming to Thailand (increasing exponentially every year) and none going in the other direction. Also many accidents and Chinese drivers fleeing to China after getting into accidents. China hasn't allowed foreign vehicles (aside from those registered in certain neighboring countries like Russia, Mongolia and Laos, which are allowed to travel a limited distance near the border) to enter the country for years - except if going on a tour, with mandatory guide. Thailand was right to reciprocate but it only applies to vehicles registered in countries that do NOT share an agreement on cross-border transport with Thailand.

Lao, Malaysian and Singaporean vehicles can still enter without restriction as before. Cambodian vehicles must leave through the same border they came and aren't supposed to leave the border province they entered (though many still do) while Burmese cars can't leave the border town they entered, which is reasonable given Thai cars can only travel within a limited distance of the border on the Burmese side (this has been unchanged since decades). Thai cars and motorcycles CAN enter Cambodia (I have many times) but there are limitations on which border crossings can be used. This is because Cambodia has refused to sign a cross-border agreement with Thailand covering private cars (similarly, Cambodia has not signed any agreements with Laos or Vietnam either).

A reciprocal agreement between Thailand and China sounds great but China would never allow it for private cars. Soon Thai drivers would be causing the same kind of problems that Chinese drivers were causing in Thailand. Also, China is not comfortable with freely allowing foreigners to drive around the country going places they aren't supposed to. There was a company that allowed foreign cars to enter and travel around China without a guide (not sure how official this was, but it happened). In the recent past, foreign drivers who entered using this company were caught sneeking into Tibet without permission and this made it even more difficult for future overlanders to enter the country - the guide requirement was reinforced.

I highly doubt there will ever be freedom of movement for vehicles all around ASEAN. Not with the UN's sustainability agenda 2030 in the name of "saving the planet from the effects of climate change" which all UN members have willingly signed up to - this means discouraging the usage of private automobiles in favour of public transportation such as high speed rail, the infrastructure for which is currently being constructed or planned (for example, Kunming-Vientiane-Bangkok HSR; Bangkok-Pattaya; and Bangkok-Hua Hin amongst others). Also, more and more cheap airlines connecting secondary cities in the region with each other.

If you go through the archives of the Bangkok Post, you'll find an article from a couple of months ago about how Thailand plans to implement a vehicle charge on all foreign registered vehicles, possibly as early as the end of this year. This is in response to the Malaysians doing the same for Thai vehicles since last year. Each foreign registered car (motorcycles will be exempt for the first few years) will be required to get an RFID tracking chip and pay a small amount to use Thailand's roads. After around 4 years, vehicles from foreign countries will be required to pay a per km charge (I think 1 Baht per km). Eventually, after around 8 years (according to the article) a GPS tracking device will be required to be installed. This will have the effect of eventually making it so expensive to drive here that no one will come anymore. Singapore started this already and has been charging Malaysian cars for years with its congestion pricing scheme and daily vehicle charge, Malaysia then reciprocated by charging Singaporeans then Thais, later Bruneian and Indonesian vehicles coming across it's Borneo frontier now Thailand is about to implement this system and it will probably go region-wide eventually.

I suspect this whole scheme is part of the UN's sustainability agenda 2030 plan. How can it not be - however, Thailand has chosen the easy route of reducing foreign cars on it's roads before it decides how to tackle the issue of reducing car usage by it's own domestic population.
Omhoog 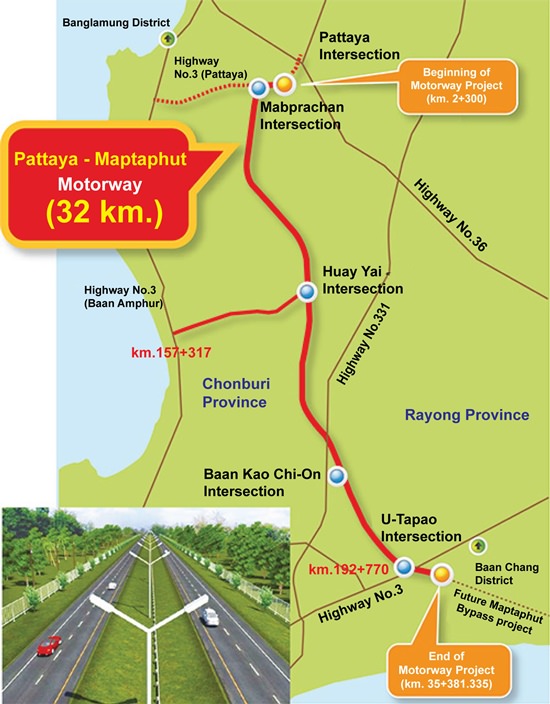