Afgelopen zondag TopGear gekeken op de BBC?
"You know the greatest danger facing us is ourselves, an irrational fear of the unknown. But there’s no such thing as the unknown — only things temporarily hidden, temporarily not understood.” - James T. Kirk

The government plans to pave the Yangon-Mandalay expressway, dubbed as the death highway after a record number of fatal accidents, at a rate of 50 miles a year.

The Ministry of Construction has pledged US$12 million to begin paving the 366-mile concrete highway, starting next year, in a bid to improve safety on one of Myanmar’s most accident prone roads.

“Due to approval from parliament, we have received US$12 million for improvement of expressway. The leftover US$13 has been distributed to various regions and states to use for 18 roads and 15 bridges. With that fund, we will build concrete blocks, fences, bridges and signal lights,” said Deputy Minister for Construction Win Myint.

The highway was built in 2009 under the former military junta as a short cut to Myanmar’s new capital, Nay Pyi Taw, and has a grisly accident record, numbering 62 deaths and 286 injuries this year alone.

The Yar Zar Min bus tragedy killed 14 people and injured 27 others on May 12 drawing attention to both the state of the road which so many government officials and civil servants rely on.

Deputy Minister Win Myint was answering questions in parliament on July 15 as to the safety of the road. The government has stepped up road safety controls, checking licences and stamping down on drunk drivers and claims accidents have reduced as a result.

The government plans to start paving 50 miles of the highway a year as of the 2015 fiscal year, as well as positioning rail guards and enlarging the width of bridges.

“According to an investigation of the engineering department, car crashes that cause most deaths most commonly occur in the early morning,” said Kyi Zaw Myint from Highway Maintenance Team.

From January to April 22, there has been 115 car accidents on the expressway resulting in 62 deaths and 286 injured. Staying alive on the ‘highway of death’

The expressway linking Yangon and Mandalay via Nay Pyi Taw is known as Death Highway for good reason.

Mention the “highway of death” in Myanmar and everyone knows what you mean. It’s the notorious Yangon-Nay Pyi Taw-Mandalay expressway, known in Myanmar as the ahmyan lann (high speed road). Since it opened in March 2009, the expressway has claimed more than 600 lives and left more than 4,000 people injured, figures from the Highway Road Police Department show.

Avoid driving in the occasional short sections of third lane along the highway. Use them only if you need to slow down or to park. If you drive at speed in the third lane there’s a risk you will hit the roadside concrete barrier. It is not known why the third lanes were built.

Highway Road Police Department figures released in mid-2015 showed that more than half of the accidents on the expressway involved light trucks and pick-ups. They are a common sight on the highway, often carrying dozens of passengers.

It is commonly believed that the speed limit on the highway is 100 kilometres an hour. That’s wrong. Speed limits of 60km/h and 80km/h also apply to various sections of the highway but are ignored by many drivers.

Their research paper also raised questions about the design of curves along the highway. Of the 27 curves between the commercial and national capitals, 21 were found to be poorly designed, due mainly to inadequate camber.

The Highway Roads Act makes it an offence to ride a motorbike, herd animals or walk on an expressway. Despite the law, it is common to see two or three motorbikes while travelling the expressway and they are likely to appear suddenly, sometimes on the wrong side of the road. Animals, mainly cows, buffalos and goats, are also a hazard that can appear suddenly.

One of the safety concerns raised about the highway is its bridges, because most are narrower than the road. This can be dangerous for drivers who are unfamiliar with the expressway, especially if they are travelling parallel with another vehicle as they approach a bridge and discover their lane is suddenly narrower.

There are 72 bridges on the expressway between Yangon and Mandalay and some are a hazard for reasons other than being narrower than the road. The concrete barriers at some bridges lack reflective safety strips or are not painted white, making them hard to see at night.
Ingekort van: http://frontiermyanmar.net/en/staying-a ... hway-death 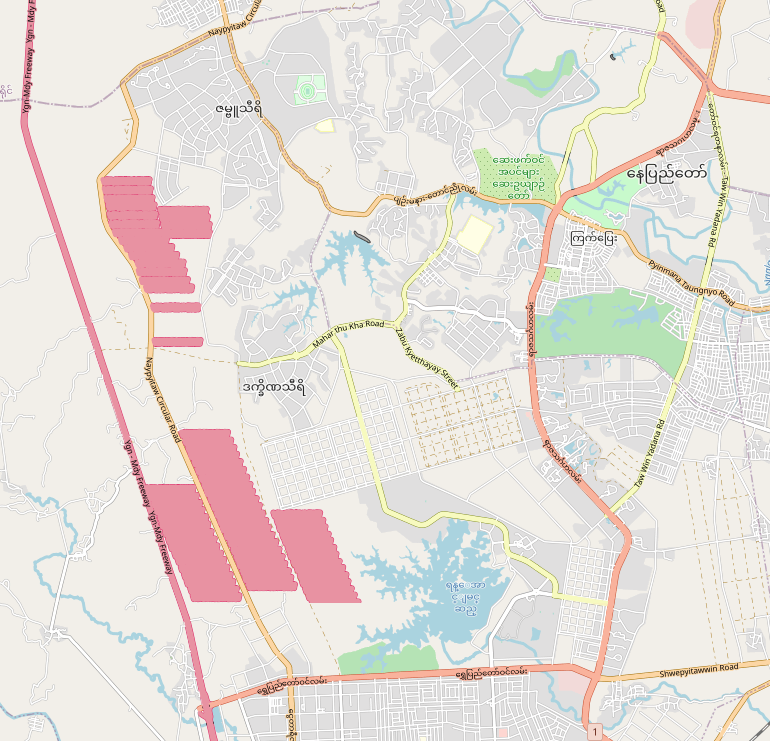 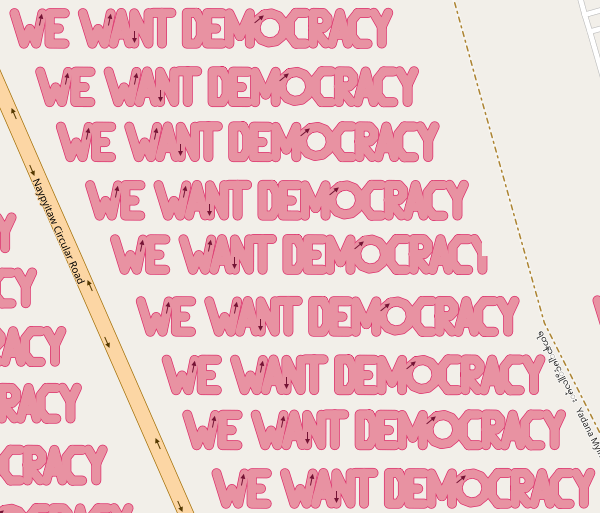